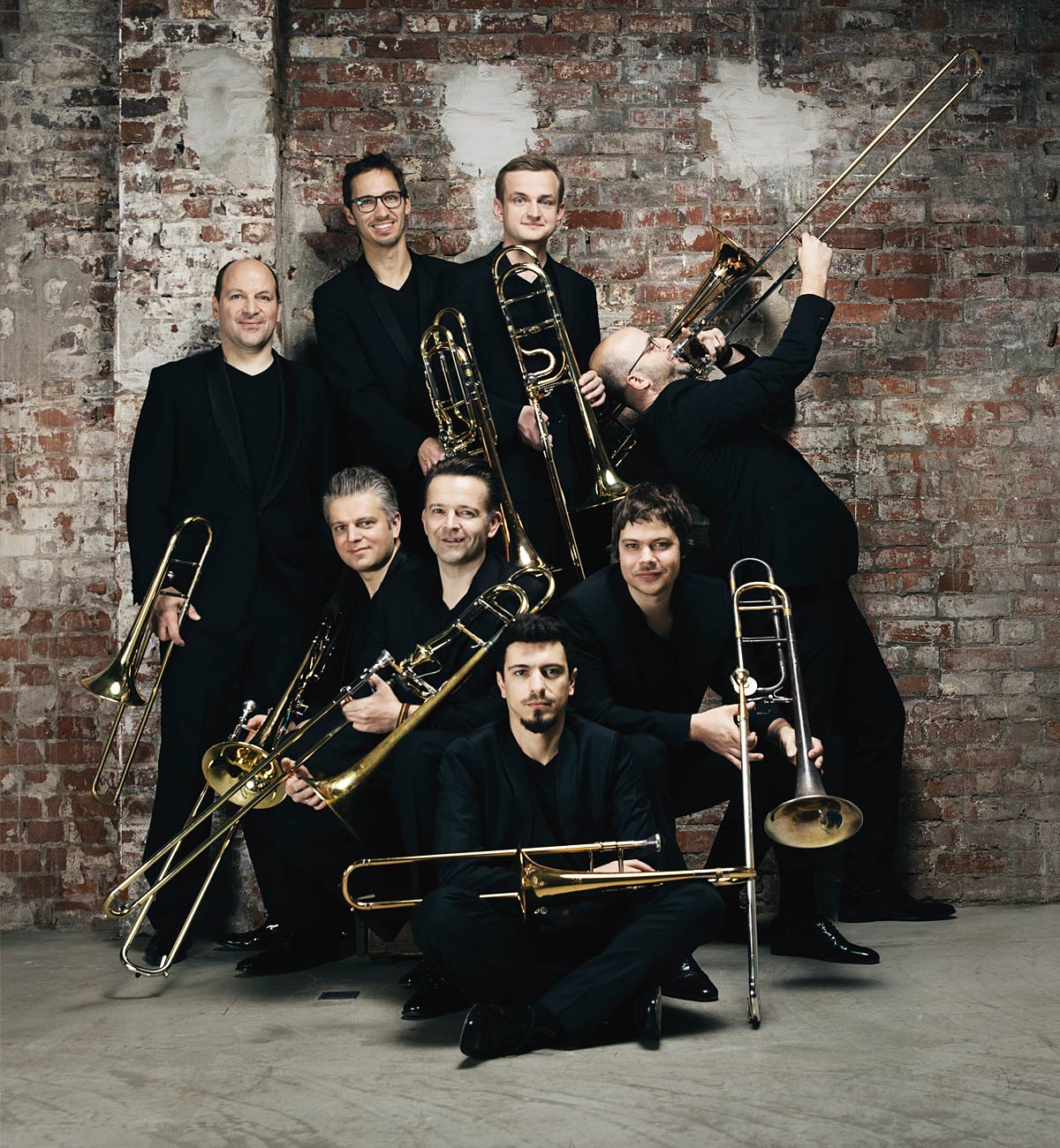 has made it its mission to present the trombone in all its musical diversity and to open up a new perspective on the beauty of its sound. The newspaper Neues Badische Nachrichten attests the eight musicians "excellent technique (...), paired with passion and with a variety of sound and expression".

The members of the octet play in European top orchestras such as the Bamberger Symphoniker, the SWR Symphony Orchestra, the National Symphony Orchestra of the Polish Radio, the Deutsche Radiophilharmonie, the Budapest Festival Orchestra or the Staatsoper Hannover. As soloists they have won numerous prizes in international competitions such as the Prague Spring Competition or the ARD Musikwettbewerb.

Trombone Unit Hannover was the first brass ensemble ever to win the German Music Competition (2011) - unique in its 36-year history. Founded in 2008 by eight young trombonists from Prof. Jonas Bylund's talent factory at the Hochschule für Musik und Theater Hannover, the octet was a logical consequence of their many years of chamber music activity during their studies. However, the decisive factors for the ensemble's formation were above all the musicians' love of music and their friendly relationships among each other. In 2008, they received a scholarship from the Deutscher Musikrat (German Music Council) for their outstanding performances and were represented in the Bundesauswahl Konzerte junger Künstler (Federal Selection of Young Artists Concerts).

With their creative and surprisingly diverse programs, which combine classical and contemporary music, original works and arrangements in a sophisticated way, Trombone Unit Hannover is active in the international concert scene. The ensemble has performed, for example, at the Schleswig-Holstein Music Festival, the Mecklenburg-Vorpommern Festival, the Donaueschinger Musiktage, the Styriarte Festival in Graz and at the Elbphilharmonie in Hamburg. In addition to numerous guest appearances in various European countries, they have performed several times in South America and Asia.

The debut CD "Full Power", released in 2013 on the Genuin label, was followed in 2017 by "Living on the Edge", also on the Genuin label. The titles of both CDs are, it could be said, both the motto and the mission of the ensemble: always full of energy and exploring new limits. Commissioned compositions by Daniel Schnyder, Jan Glembotzki, Ricardo Molla and Georg Friedrich Haas (performed at the Donaueschinger Musiktage 2015) on the one hand and adaptations of great works of music history (including Mussorgsky's Pictures at an Exhibition, Holst's Planets, the complete 1st act from Wagner's Lohengrin or Handel's Fireworks Music) by their arranger Lars Karlin on the other hand bear witness to this endeavor.

And so Clarino reviews: "[...] immediately one would like to call out to the boys, if one is not just breathless with enthusiasm: Yes, this is exactly how Handel belongs. That's how Handel rocks. Polished, incisive, sparkling." while the American Record Guide writes: "It's always dangerous to make best-ever kinds of statements, but it is hard to imagine any other trombone ensemble making these pieces sound this good.“