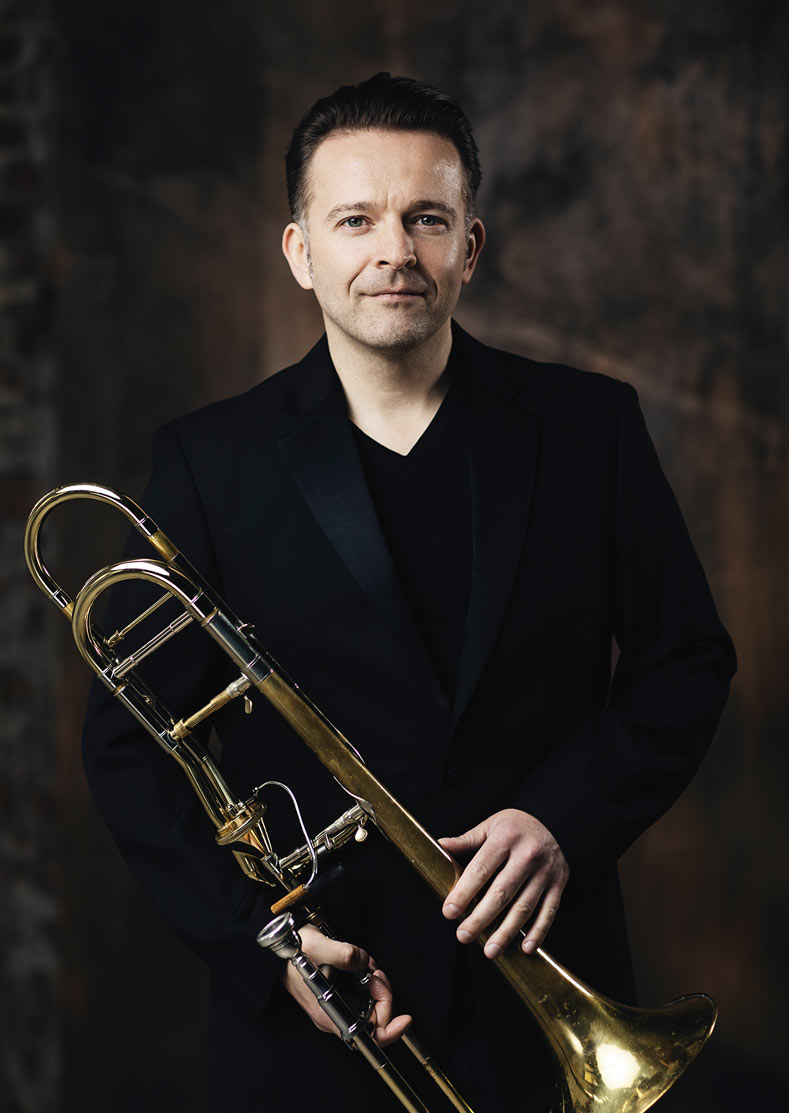 The first time I heard Trombone Unit Hannover was at a concert at Hannover University of Music, Drama and Media. I was fascinated and very impressed. It struck me that the art of making music and the communication on stage was of a high quality and that is exactly what I, as an artist, have always striven towards. Even when I was still at school in Poland, before I had any experience of playing in an orchestra, my dream was to play in a successful chamber music ensemble. This has now come to fruition.

Playing in this ensemble is made all the more fun because the members are my friends from my student days and these friendships are a decisive reason why this ensemble continuously develops and time and again implements new musical ideas with every rehearsal and every concert. The combination of pieces on our CD `FULL POWER´ is quite adventurous. It shows the many facets and styles of today’s new music. For example, Bourgeois’ classical style with romantic influences contrasted with strong harmonies of the modern age, Lindberg’s rocky rhythms or Rabe’s experimental sound effects and colours. Since Rabe’s score does not contain any notes, just instructions about specific actions, such as: dismantle the instrument, blow on the mouthpiece or even dramaturgical directions, we, as an ensemble, are challenged in a unique way. New music is one of my passions and the recording of our CD "Full Power" has given me the opportunity to fully explore this passion. It remains to be seen what the future has in store for us.
VITA
Mateusz Dwulecki studied trombone at music universities in Krakow, Basel and Hanover. In 2009 he obtained a temporary contract with the BBC Scottish Symphony Orchestra for concerts during the London Proms Festival. Later this year he was appointed solo trombonist at the Staatstheater Wiesbaden. From 2010 until 2012 he held the same position at the Neue Philharmonie Westfalen. In 2013 Mateusz Dwulecki became solo trombonist of the Hamburger Symphoniker.